But the kind of realism most distinctive of photography is not an ordinary one. It has little to do either with the post-Renaissance quest for realism in painting or with standard theoretical accounts of realism. It is enormously important, however. Without a clear understanding of it, we cannot hope to explain the power and effectiveness of photography.
— Kendall Walton, Transparent Pictures: On the Nature of Photographic Realism

The image above is one-hundred percent fake. It has no connection whatsoever to the world of things. I created the bolts, lights, textures, and everything else in a free, open-source, relatively easy-to-use software package called Blender. It's easy enough that even a novice user like me is able to make a pretty convincing image. If you are a photographer that makes a living shooting still-life photos, this should scare you. There are many aspects of this workflow that are superior to anything you can do with a camera. It is resolution independent; it is simple to manipulate any aspect of it (including composition and light) after the fact; it requires no physical space to create, and needs only inexpensive, off-the-shelf hardware. And the subject doesn't need to be present at the shoot, it doesn't even need to exist. You can create imagery for advertising, public relations, and market testing before a prototype is built. The one thing it doesn't have that a photograph does is a connection to the real world.

For the first time in history, photography is about to lose control of its monopoly on affordable, convincing realism and it's time for us to understand that realism has never been the most important feature of the photograph. Although we rarely think about it, we understand this intuitively: a computer rendering of your daughter's wedding will never be the same as a photograph even if both are equally realistic. The photograph is defined by its causal, mechanical connection to the real world. Academics have studied this aspect of photography for a long time (for a very clear overview see Kendall Walton's Transparent Pictures: On the Nature of Photographic Realism), but almost from the beginning photographers have stayed blissfully unaware of theory and have systematically ignored and even undermined their medium's connection to the world.

Computer generated imagery and photography are on intersecting trajectories. While photographers employ tools like Portrait Professional that sanitize their portraits, making them look more like renderings, 3D artists are adding blemishes and developing tools like subsurface scattering to make their renderings look more like snapshots. Photographers are fighting to remove noise, CGI artists are adding it; photographers are using digital techniques like focus stacking to extend depth of field, while CGI artists begin with unlimited depth of field and artificially reduce it. At the moment photography is still the most affordable means to quickly create realism in most applications with notable exceptions in large scale cinema productions and car advertising. But the two worlds are about to merge and a large part of the photography industry will be replaced by software. 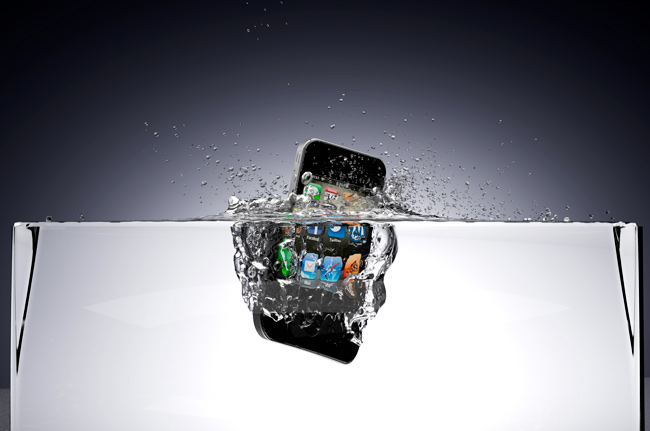 No water or iPhone needed. Even complex fluid dynamics are becoming relatively easy for someone like me to simulate. 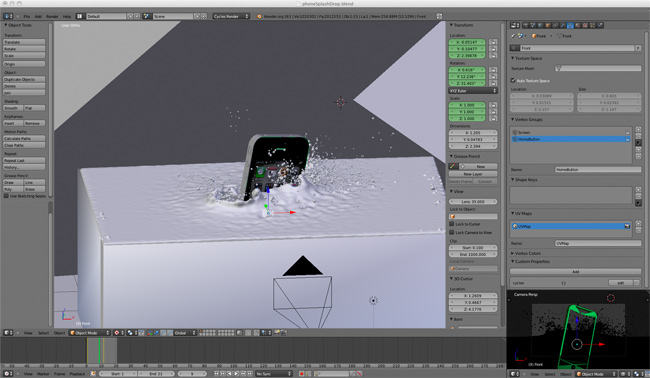 The model as it appears on my screen in Blender. 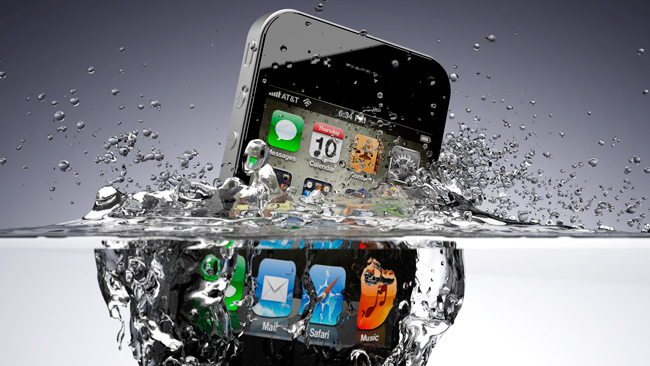 If your photography is primarily about creating visual fantasy, or showing a wished-for world—in short if it is fiction—then it is in danger of being consumed by CGI. Soon, perfectly realistic renderings, even of people, will be cheap and quick. If you are in a market like the fashion magazine industry, which is already indifferent to photography's connection to the real world, why would you deal with the protestations of supermodels when you can just begin with a CGI model instead—the hyper-realistic version of a dressmaker's mannequin who comes with an adjustable cup size and will never complain about her contract. As a photographer, if the connection to reality is irrelevant to your work—like it is in a lot of advertising, product, and even landscape photography—there is a good chance that a sixteen-year-old in Bangladesh will be able to produce marketable imagery for a fraction of the cost. And he won't need a 40-megapixel Hasselblad or studio full of lights. But if you traffic in non-fiction photography, if your work capitalizes on photography's one distinguishing feature, then a rendering will never replace your work. While nobody really cares if the shampoo bottle in a print ad exists or ever did exist, people do care about the connection between an image from a war front and the action it presents. They can't always explain why, but people understand the difference between a photograph and a rendering of the same subject even if the two are almost indistinguishable. It's the same difference we feel (to borrow Kendall Walton's example) when we look at Goya's Tanto y mas and Timothy H. O'Sullivan's photographs of the Civil War. It's not about the realism, but rather the fact that renderings and drawing can't bear witness in the way a photograph can. This is where photography distinguishes itself as a medium and it's time for photographers to embrace it.