In her 1999 book For the Time Being Annie Dillard describes the 3.6 million year old footprints uncovered by Mary Leakey on an arid plain in northeast Tanzania:

We have a record of those few seconds from a day about 3.6 million years ago—before hominids even chipped stone tools. More ash covered the footprints and hardened like plaster. Also ash preserved the pockmarks of the raindrops that fell beside the three who walked; it was a rainy day. We have almost ninety feet of the three’s steady footprints intact. We do not know where they were going or why. We do not know why the woman paused and turned left, briefly, before continuing. ‘A remote ancestor,’ Leakey said, ‘experienced a moment of doubt.’ Probably they watched the Sadiman volcano erupting, or they took a last look back before they left. We do know we cannot make anything so lasting as these three barefoot ones did.

This simple description is all Dillard needs to make her point, one that she makes throughout this book — time is long, we are small. The footprints, a trace of someone who lived, breathed, and died so long ago that everything from ancient Athens to today could repeated itself 1500 times in the gap, make her point for her. Her description creates a feeling that if we could touch those footprints, sink our hands into them, we could almost span this chasm of time and connect with these three ancient individuals. Because of the direct physical connection to the feet that created them, the footprints carry a special kind of meaning. To understand this meaning, you need only to imagine that you were given the choice to visit and touch the actual footprints or visit and touch an artist’s exact replica of them. One is full of significance, the other almost totally meaningless even though it’s possible that the two objects would be indistinguishable to you.

What accounts for this difference?

The photo at the top of the post is the now famous Hubble Deep Field image photographed over the course of ten days in 1995. The image shows several thousand objects, almost all of which are galaxies. It is a very narrow angle of view — about one 24-millionth of the sky. Like Mary Leakey’s footprints, there is something deeply unsettling and sublime about this image. It takes the almost unimaginable expanse of the universe and shows it to us, making it visceral and forcing us to confront our insignificance. Now consider a NASA artist’s rendering of a deep space object. 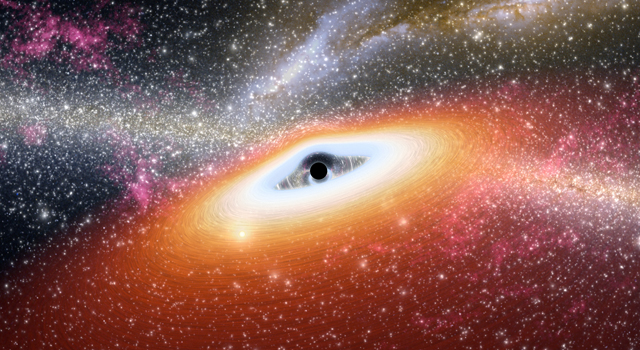 There are countless other examples: fossils fascinate, but plaster casts of fossils are just trinkets, people pay real money for autographs, but a forgery, even if indistinguishable from the real article, is worthless.

The actual footprints, the Hubble image, the authentic fossil, and the legitimate autograph have a kind of meaning absent in the replicas and renderings. What is that meaning?

This year World Press Photo revealed that 20% of the photos in their competition that made it to the penultimate round of judging were disqualified due to excessive post-processing. It’s worth repeating: 20% of the images that a panel of photography industry professionals regarded as the cream of the crop where deemed overly manipulated by an independent board of experts. And so again the World Press Photo Competition has been overshadowed by what is becoming an annual conversation about the rules, ethics, and standards of photojournalism. This year, the New York Times asked participants to reflect on the issue and although the results provide little clarity, it is a good overview of the difficulty we have when talking about the nature of photography and its relationship to the world. One of the respondents, an anonymous photographer who was disqualified last year, expressed what has become a routine banality from photographers when dealing with this issue:

Many photographers are quick to discard truth in photography, which is disheartening because they rarely follow up with what should be an obvious question: if truth isn’t the standard by which we judge photojournalism, what is? If photography has no relationship to truth, then what role does it have in journalism at all?

Still, most will acknowledge that photography has something that sets it apart, a certain kind of meaning not found in other media. It’s the same sort of authenticity we find in Mary Leaky’s footprints and in the authentic fossil that is missing in the replica. If only we had a word for that kind of meaning.

Charles Sanders Peirce and the Index

At the end of the 19th century, the dawn of the photographic age, Charles Sanders Peirce, the ‘father of pragmatism,’ wrote an essay titled What is a Sign that investigated the basic semiotic elements we use to create meaning. He enumerated three basic categories of signs: the icon, the index, and the symbol.

The icon is kind of sign that works by resembling the thing it represents. An example is the male/female graphic we see on bathrooms that depend on us recognizing the similarity between the graphic and our gender stereotypes. A photograph can also be an icon, so can a painting and a rendering.

The symbol is a sign that is agreed upon by convention. Everyday words are symbols. The word “dog” doesn’t look or sound like a dog; the word carries meaning because we have agreed through convention that it represents the animal.

The index is a sign whose meaning emerges from a direct physical connection to the thing it represents. A windsock represents the direction of the wind because the direction of the wind causes the windsock to work. Unlike the icon that depends on our subjective recognition of visual similarity, the index is not subjective, the relationship between the wind and the windsock does not depend on one’s interpretation. Other examples of indices: footprints, fossils, autographs, and photographs.

The indexical relationship between a person of interest and their autograph gives the autograph a value that is absent in the replica. The autograph was caused by the person we are interested in, it’s an index, the forgery isn’t. To speak about the “truth” or the “reality” of the autograph is confusing and leads to semantic conundrums — both are real objects, neither can sensibly be called true — but framing the problem in terms of the index is crystal clear.

The photograph also distinguishes itself by its indexical relationship to the subject. This is the aspect of a photograph that sets it apart from photorealistic paintings and 3D renderings. There is a direct chain of causality between the subject and the image created in the camera. Although rarely put into such terms, this is why people appreciate photographs in a different way than photorealistic art even when they are hard to distinguish from one another. It’s why a photograph is evidence in a way a drawing can’t be; it’s why photographs have a unique immediacy and authenticity; it’s why photojournalism has a distinguished place in news gathering.

When we materially alter a photograph by adding or removing elements, we break the indexical relationship and void the one aspect that makes the photograph unique as a medium. On the other hand, the index is robust when it comes to manipulations of tone and color. A black and white image maintains enough of an indexical relationship to its subject that we still appreciate its connection to the world even as we recognize that it resembles the subject less than a color image would. We get into trouble when we take a criterion more appropriate for evaluating an icon — how well it resembles the world — and use it to judge the index, which should be judged by how well it preserves the causal relationship between the subject and image. For example, we recognize and appreciate the indexical relationship of x-ray images even through they look nothing like the world does to us. They are still evidence; they are still indexes. It would seem silly to criticize medical x-rays because they don’t resemble us enough.

Framing the problem in terms of Peirce’s theory makes the issue so clear that it’s remarkable that despite being discussed to death in academia, it rarely breaks out into the real world where the father of pragmatism could finally be put to a little pragmatic use. The difficulty in talking about the relationship between truth and photography mostly goes away when instead we talk about whether a modification prevents a photograph from working as an index. Peirce’s index is the concept that all of the confused mumblings about image manipulation are groping for. It’s enormously helpful in this context. Maybe between now and next-year’s inevitable revival of what has become an annual group therapy session within the photography industry we should work it into our vocabulary.