Rep. Katie Hobbs, (D-Phoenix) has proposed a bill to the Arizona Legislature (HB 2793) that would require advertisers to print disclaimers on ads that use postproduction to alter images. The Arizona Republic reports that the legislation is aimed at advertisers who create unrealistic depictions of women.

While the bill may be aimed at cosmetic and skin care ads, the actual text is very broad. Here are the relevant sections: 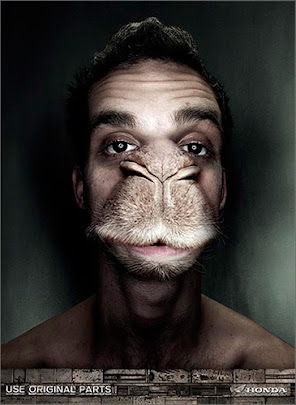 Proposed disclaimer:
Using original parts will not prevent your nose from morphing into that of a camel. 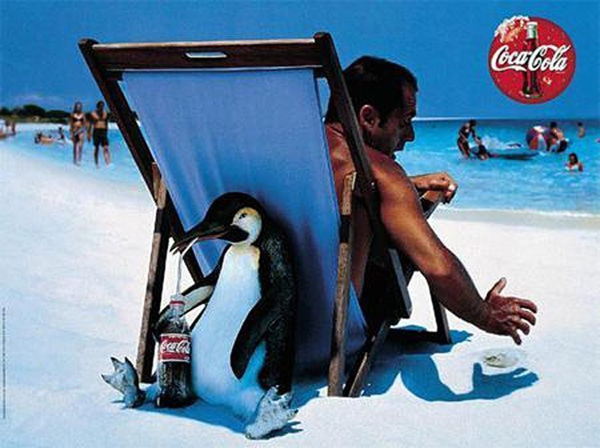 Proposed disclaimer:
Penguins don't like Coca Cola, don't drink from straws, and because they have flippers instead of hands they find it difficult to open our bottles. Oh, and that guy—he's not really that tan. 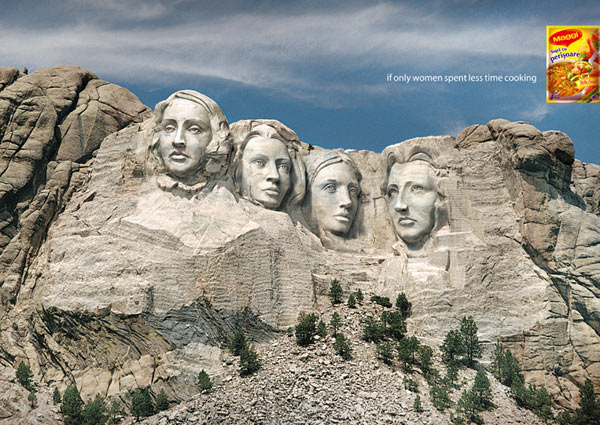 Proposed disclaimer:
The United States has never elected a woman for President. Mt. Rushmore is only for presidents. The amount of time you spend cooking probably won't change this.

Photographs do not simply render reality—realistically. It is reality which is scrutinized, and evaluated, for its fidelity to photographs.

The language in the bill is broad enough to cover both truly deceptive advertising as well as creative, playful use of photo-manipulation. This is because the motivating force behind the bill is the desire to control portrayals of women, not to ensure truth in advertising, which is already covered in Arizona's current laws. You simply can not write a law that defines acceptable standards for realistic depictions of feminine beauty without a lot of collateral damage. And you can't even begin without falling into the philosophical trap waiting for anyone who tries to define the relationship between photography and reality.

Even if you could untangle the problem, you are still left with the non-digital deceptions—lighting, makeup, anorexic models—as well as all the imagery from movies, music videos, television and magazines, images not covered in a law aimed at advertising. The simple, and uncomfortable fact is that art has always found ways to portray the current ideal of beauty and will continue to do so regardless of how it makes normal people feel. This has been going on at least since the Greeks. Maybe Rep. Hobbs should target Doryphoros statues when she's done with advertisers—it's really hard to compete with those rock-solid abs and no matter how many pushups I do, my arms will never look like his.

Instead of spending an inordinate amount of time and resources writing and enforcing this kind of law, which has little hope of being effective, maybe we should consider redirecting these resources toward teaching media literacy to our students from an early age. We should prepare them for the inevitable lifetime of manipulated imagery in a way that will make them better citizens and smarter consumers. In fact it could start with some basic photo-manipulation training—there is no quicker way to make people suspicious of images than by teaching them how easy it is to alter them.